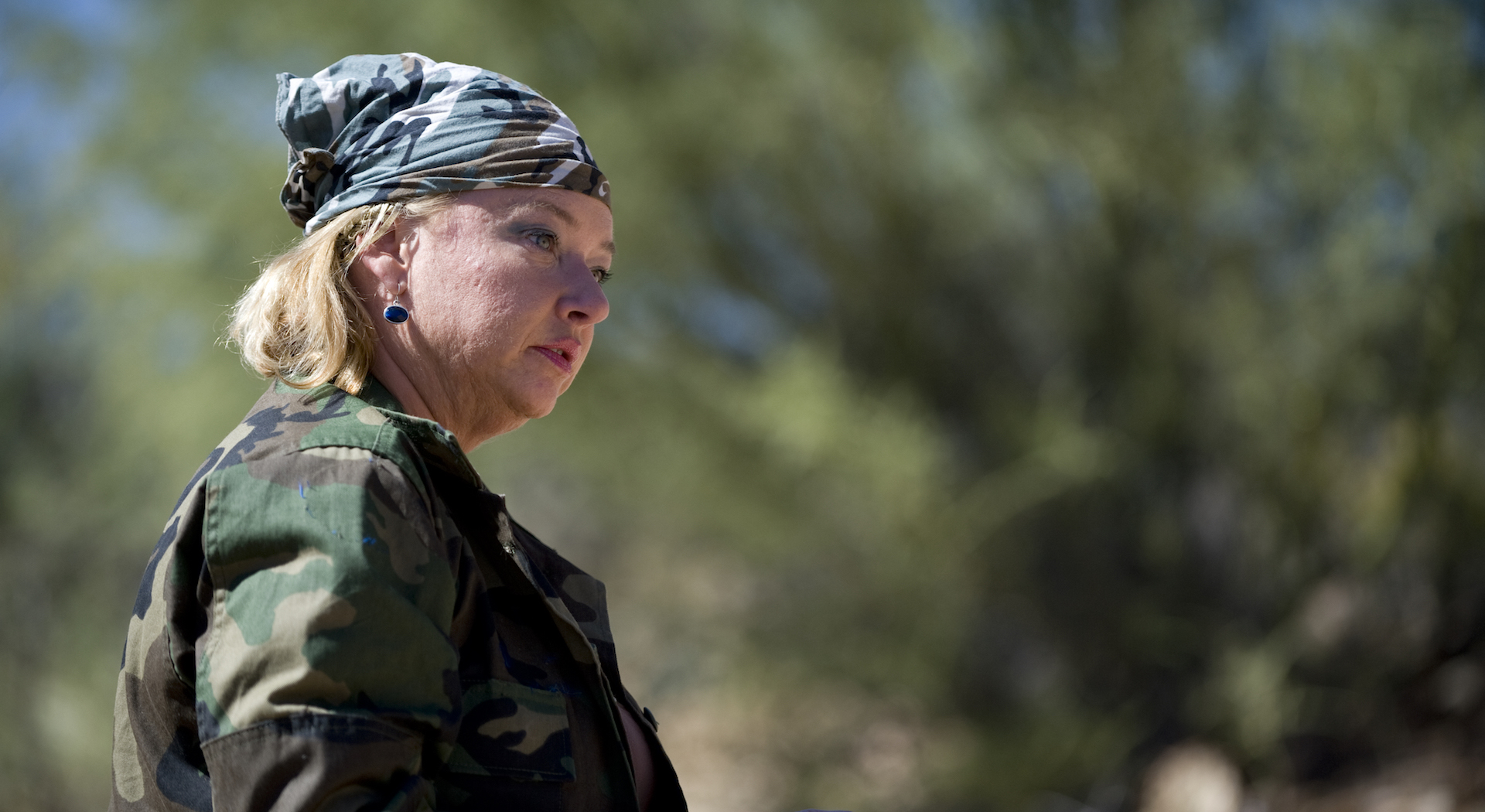 In the Fall of 2008 I was in Tucson, Arizona spending some time with family after my recent graduation from the Rochester Institute of Technology. With my international background I had only seen parts of the United States (far more countries around the world than States in fact!) and wanted to be a better citizen of this country and see what it had to offer. So I drove across the country by myself, visiting friends and stopping at places of personal significance or general interest. While the trip was enlightening and helped me figure out where my life needed to go, it had to end and here I was, just over an hour away from the Mexican Border. Only two weeks before I was just over an hour away from the Canadian Border, on the opposite side of the country!

So as per my training at RIT and my desire to tell stories, I reached out to groups on either extremes on the US-Mexico Border: the humanitarians who leave supplies for immigrants in dire need in the middle of the desert and The Minuteman, a "militia" of patriotic citizens looking to protect our borders. After some organization and planning, I decided to pursue the story of The Minuteman first. I was in contact with Jim Gilchrist, the Founder and President of the Minuteman Project, who informed me that there were three main national organizations, The Minuteman Project, Minuteman Civil Defense Corps and Minuteman American Defense. Only Minuteman American Defense (M.A.D.) would be running operations on the border at this time and so Gilchrist introduced me to Shawna Forde, the Founder and President of M.A.D. At this point, I am not very aware of the situation on the US-Mexico Border, only that there is a situation.

I first met Shawna Forde at a little restaurant near the border in the last week of September 2008. We talked about my vision of the story, and the freedom I would need from the organization to photograph anything that may happen when I'm present. I gave her some background of my life to put my ignorance on US-Mexico Border issues in perspective, while also making it clear that I was to be an observing journalist, not participating member. She was on board with the plan, providing full access and information as long as the images could be used for solely for her website.

About a week and a half later, I drove down to the border, and met up with Shawna at the base camp. Prior to arriving I was informed that 20-30 members would be participating and that plans were already in motion for scouting, tracking and patrol for an around the clock operation. Upon arriving at the camp, I saw one large tent, one RV and one van, but there's no need to worry, more people will be showing up today! Or so I thought. M.A.D.'s attendance was not quite what I had hoped, but numbers don't matter, this is still an incredible topic to cover and there will not be a shortage of images!

The day to day activities varied some, but some main aspects of the operation still occurred everyday. They would spend several hours tracking fresh footprints and paths that look recently disturbed. There was also a lot of inspecting old clothes, bags and papers that are discarded by immigrants for clues. Often these activities would happen in different areas everyday, some places as far as half an hour away.

The most interesting/frightening experience was going to Arivaca, a town immediately over the border, which has been known to be a drug route due to being off the main roads into the country. This was your typical one road western town, with only one of each type of store with only bare essentials. We walk into the one poorly lit, almost windowless bar. All heads immediately turn to look at Forde and I and we take a seat at the bar. Almost immediately a man with a beard and leather coat approaches us and sits at the stool next to Forde. He starts a casual conversation, asking what we are are doing in town and why we are in Southern Arizona. My purpose became obvious to them once I put the cameras and lenses I have with me on the bar. I felt on edge the entire meal, though not directly threatened. It was more of a "this is somewhere that things could go wrong" feeling, not that I had any reason to think that the situation was out of control.

A couple days later we drove to the east of our camp to Nogales, a large border crossing in the central part of the Arizona-Mexico border. After scouring the area near the fence and looking at some trails leading through it for a couple hours, we were running out of daylight and decided to head back to camp. While leaving, one member saw a trail that they had not looked at before, and stopped the caravan of cars. Two men went into the woods, armed and ready as always. While exploring the trail and it's markings, Forde picks up a rock and throws it into the woods, in the general direction of the M.A.D. members. The rock careens off of another rock and makes a distinct 'chink' noise. Due to safety, these men are on full alert and take the sound as a bullet ricochet off of a rock, thinking they are being shot at by illegal immigrants, or worse, drug cartel. Forde laughs and makes sure no one tells them of her part in all this. The prank never was never revealed by Forde, because on our departure, the M.A.D. member reported the shooting to the Border Patrol. There was no going back at this point, and Forde was set to let the event exist as they believed it. I finally revealed the truth to the two men in late 2009.

My time with M.A.D. and Shawna Forde was coming to a close after a long two weeks in the desert. Despite these interesting events in an interesting environment, I had yet to see an illegal immigrant captured by M.A.D., or even an illegal immigrant period. There seemed to be a lot of smoke and mirrors with this operation, and not much to show for their energy.  I had a better idea of the problems that exist on the US-Mexico Border, I better understood the people that were trying to stop illegal immigration, and best of all, I had some interesting images and interviews from it all. However I didn't think the story was completed and planned to return for another stint in the desert the following year.

Fast forward to May 2009, I find out through an online report that my images of Shawna Forde are being used for a story on KVOA News 4 Tucson. The story is about the arrest of Shawna Forde in connection to a double homicide in Arivaca, Arizona. Raul and Gina Gonzalez were in their home with their 9-year-old daughter Brisenia when Shawna Forde and two men presented themselves as government agents in an effort to steal money and drugs from the home. Note that the drugs and money they are pursuing are to be used to fund M.A.D. After the robbery goes wrong, all three family members are shot, with Gina surviving the initial attack and a subsequent gun battle. With a slew of errors before and after the murders, all three were apprehended and convicted of their crimes. Shawna Forde was convicted on all eight counts on February 22, 2011 and remains on death row.